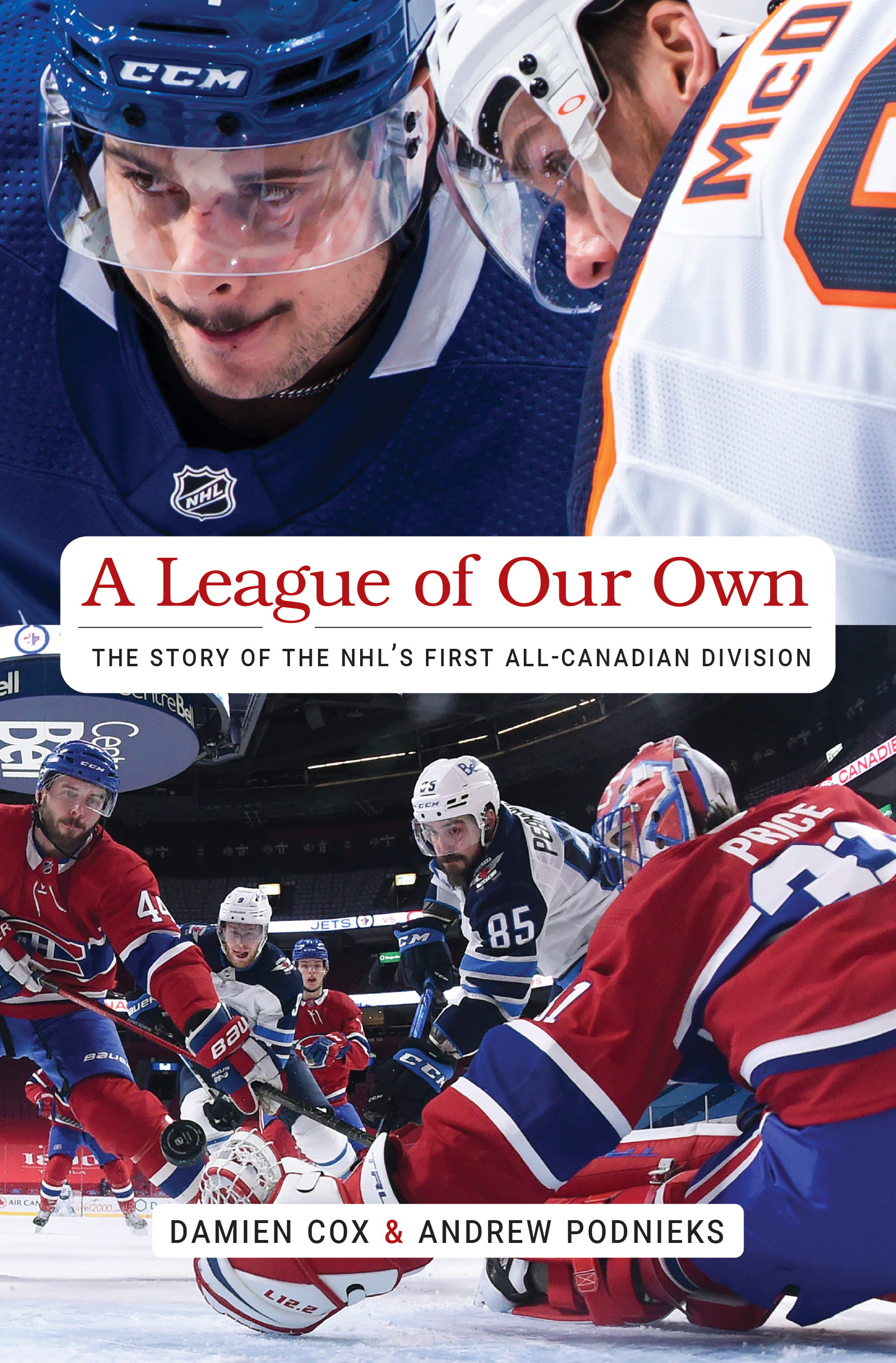 A League of Our Own

A celebration of the unique 2021-21 NHL season in which all Canadian teams played only against each other in one division, this book captures the essence of each team past and present. The current season is given critical evaluation by Damien Cox, while Andrew Podnieks focuses on a period of time in each team's history. The book consists of 14 chapters for the regular season (two for each team) and then one chapter for each playoff series. The only book of its kind, it is sure to be remembered as an important addition to any hockey fan's library during hockey's most singular and fascinating season. 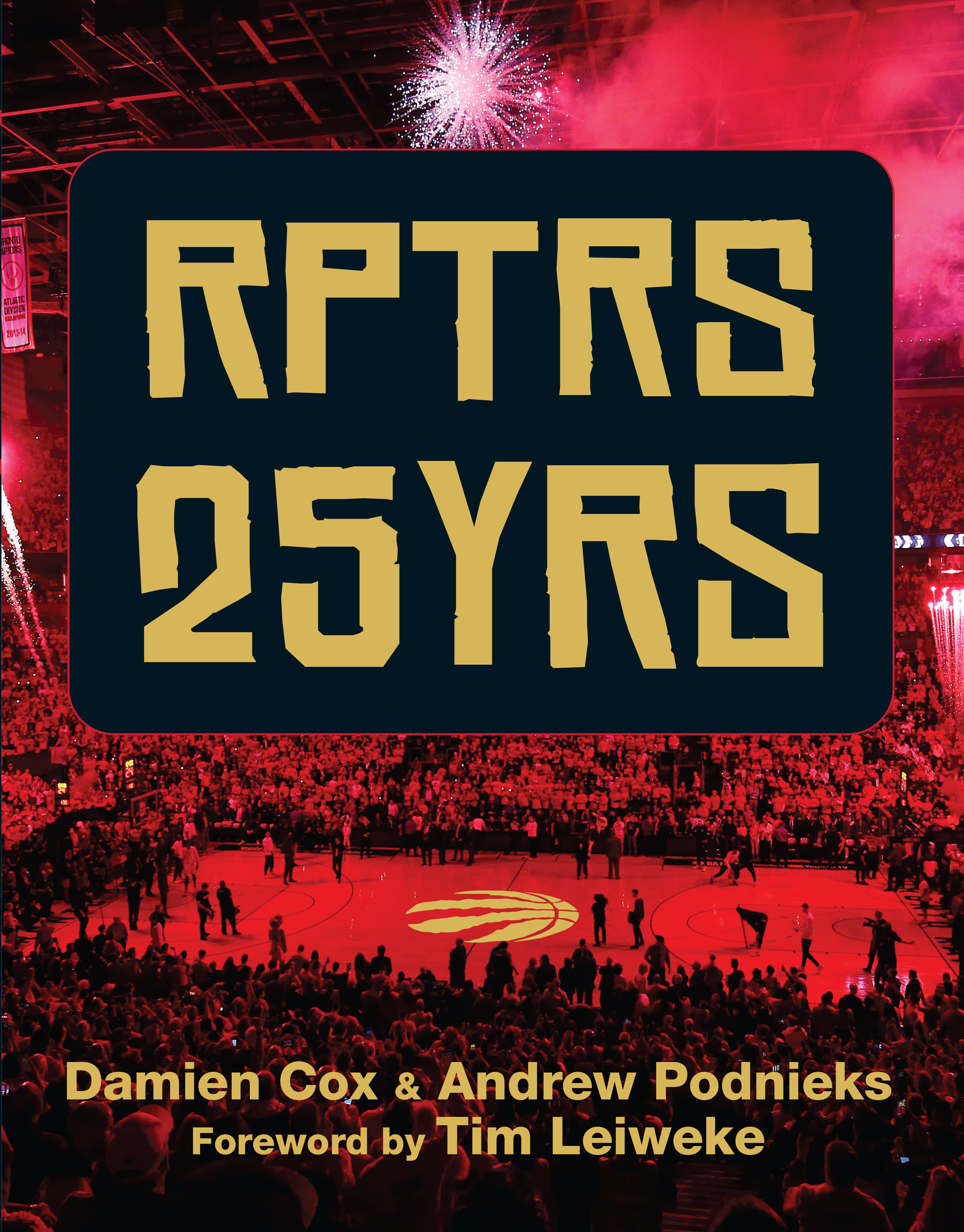 The definitive coffee-table book celebrating the first 25 years of the Toronto Raptors, RPTRS 25YRS was co-written by veteran journalist Damien Cox. Cox examines the progress of the team year by year with a compelling narrative that culminates with the team's championship season in Year 24. Augmented by a gatefold featuring a Timeline of the team, as well as an appendix with every score in Raptors' history, this is the go-to basketball gift book for 2020. 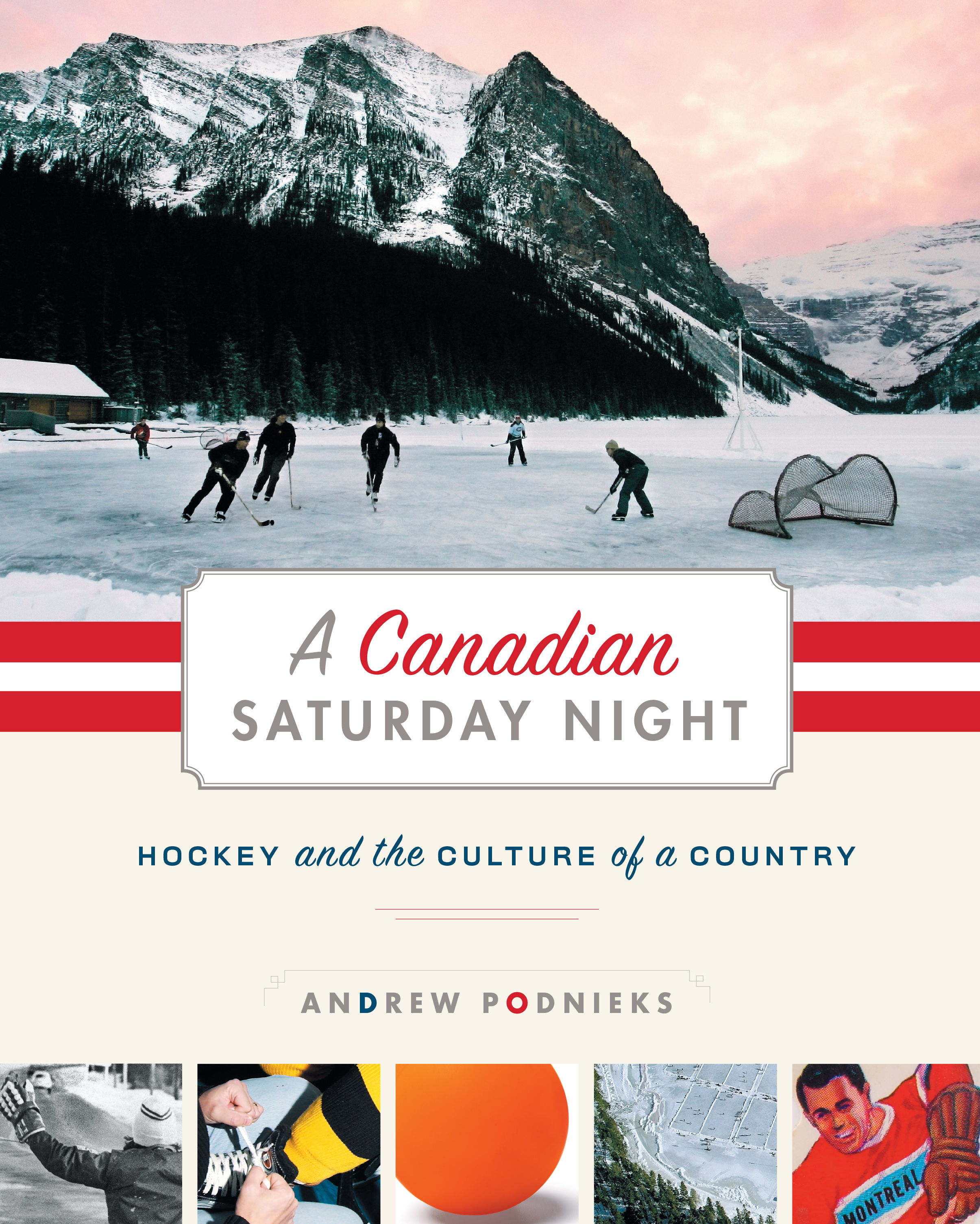 Revised and updated, with new photos and some new text, this classic is being reissued for Indigo in 2020. A compelling look at how and why hockey is so important to the fabric of Canadian culture, it provides beautiful images enriched by thoughtful text on the state of the game in the nation's psyche. 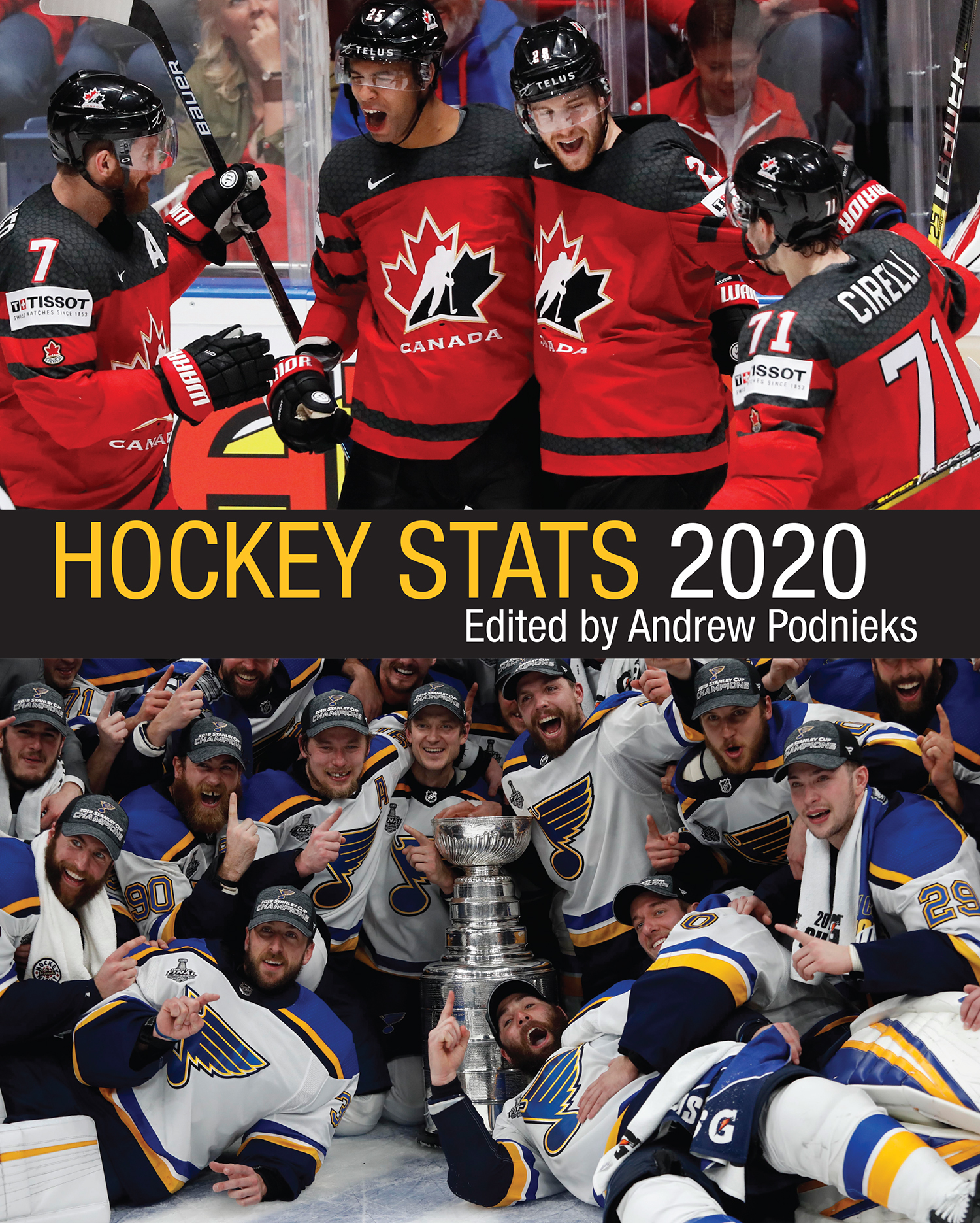 A new book for fall 2019, this stats book has all the numbers from NHL players and teams as well as international and women's hockey. It includes unique standings from 1917 to 2019 and includes all playoff matchups and all Stanley Cup finals scores. New stats and unique sections not found on any one website make this a must-have book if you like history, numbers, and hockey in all shapes and sizes. 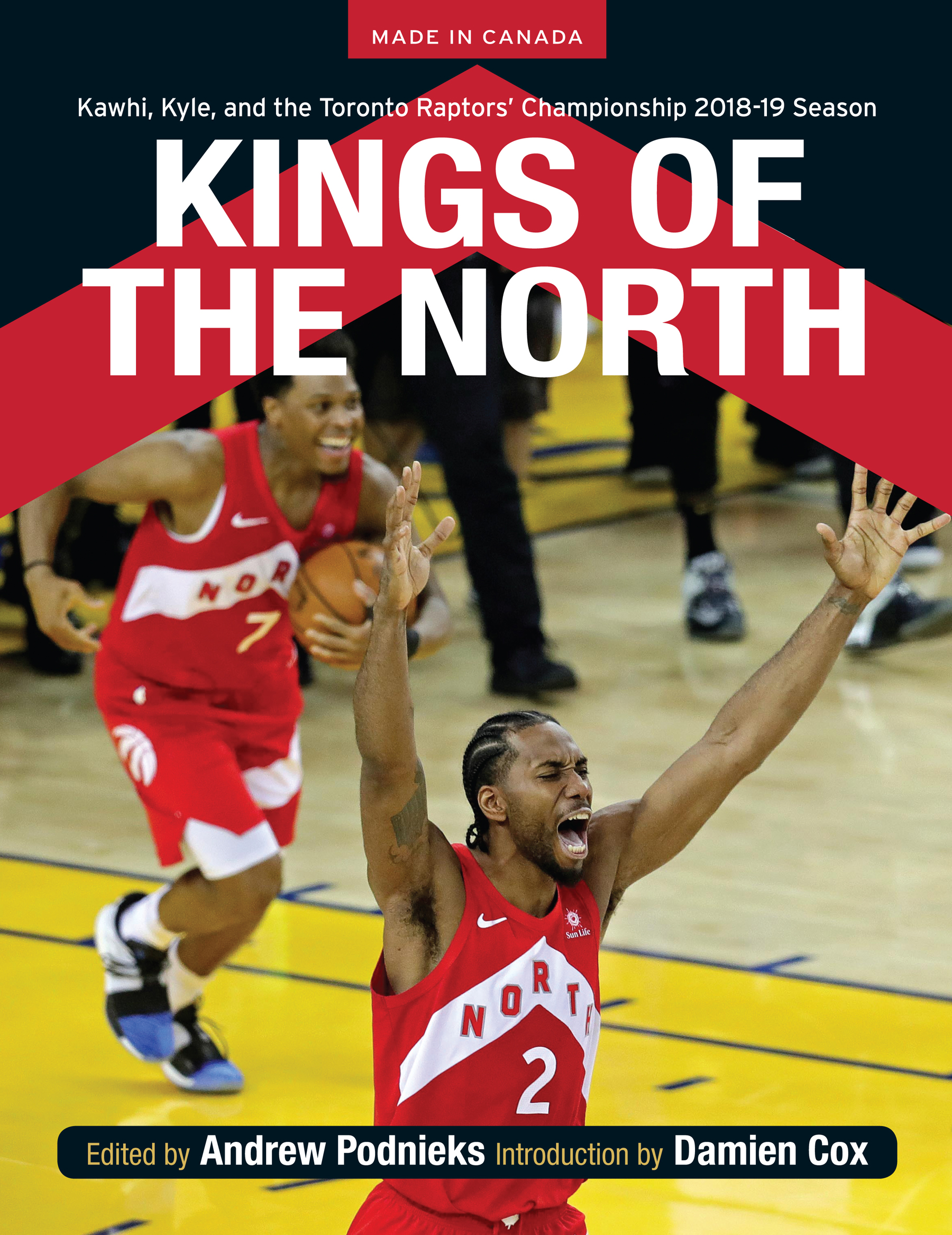 Kings of the North

An instant book celebrating the amazing 2018-19 NBA season of the Toronto Raptors, this bestseller captures everything about the team's miracle season and, indeed, its full history. It includes game recaps of all regular season and playoff games and is augmented by more than 100 colour photographs. From Kawhi to Kyle, and everyone else, this is a celebration of one of Toronto's greatest sporting achievements. 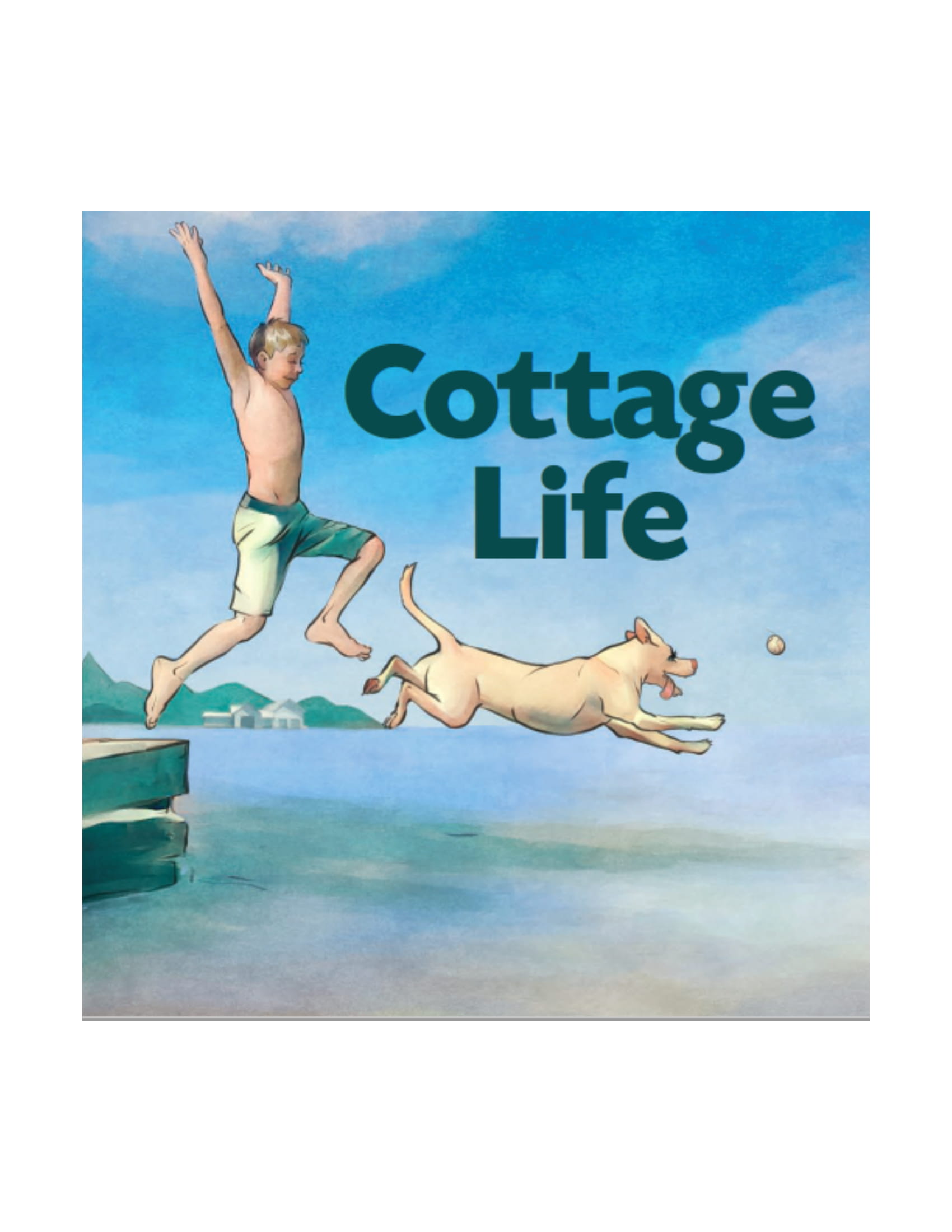 There's nothing  better than summertime at the cottage! A new board book, with illustrations by Jesse Jind, to celebrate the sunshine. 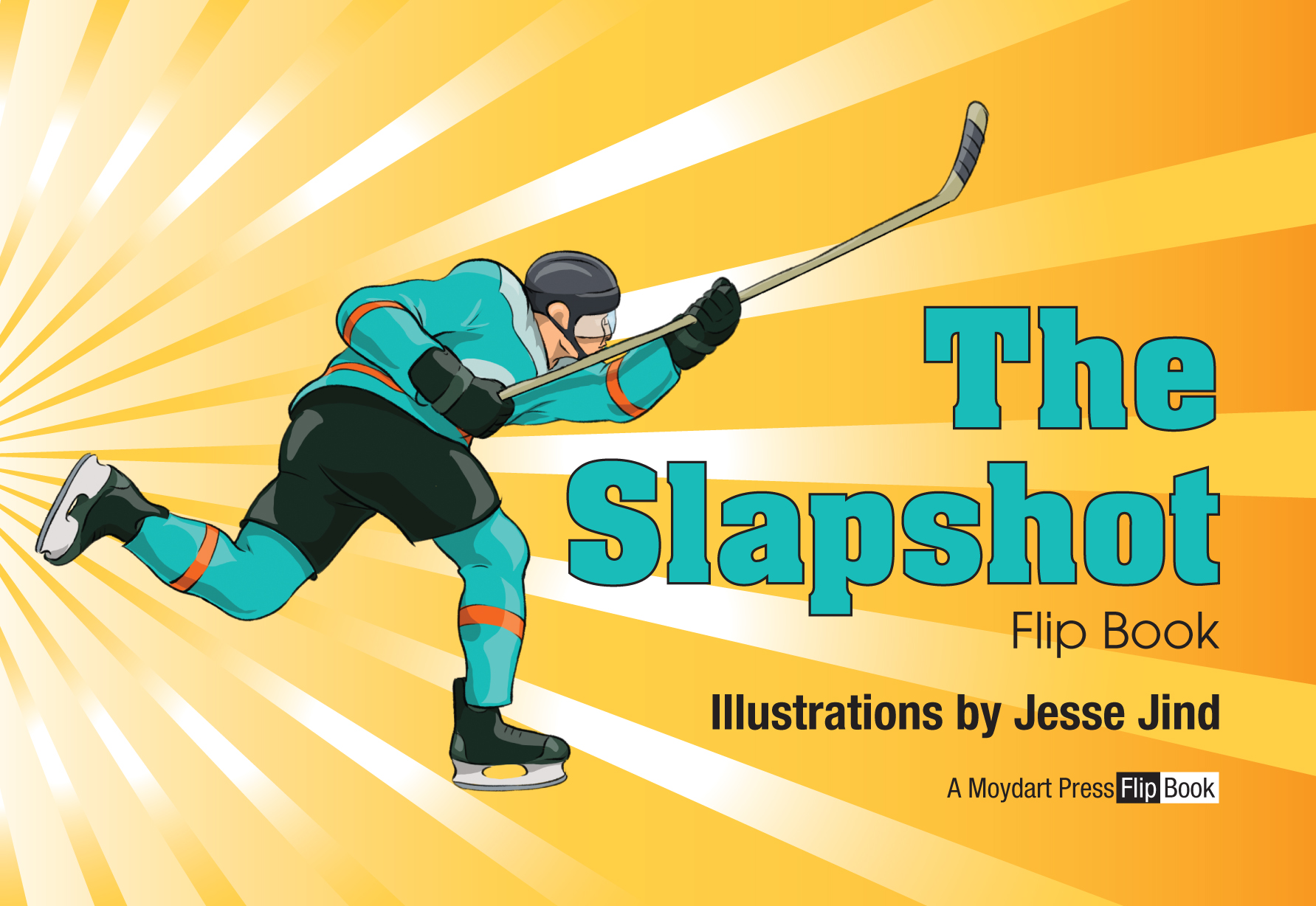 Another in an ongoing series of flip books illustrated by Jesse Jind. 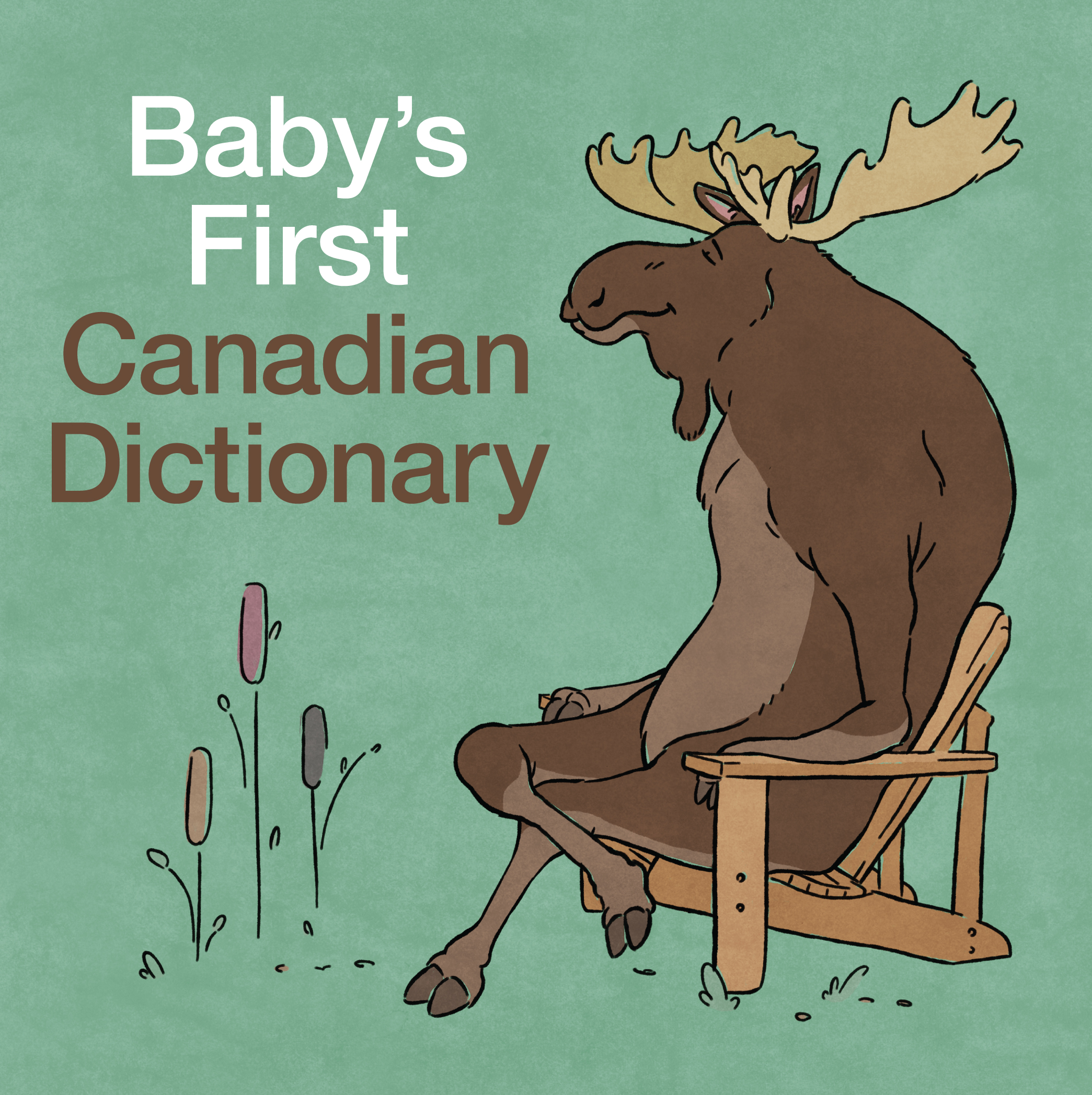 A children's board book and tongue-in-cheek look at common Canadianisms illustrated with an adult sense of humour. 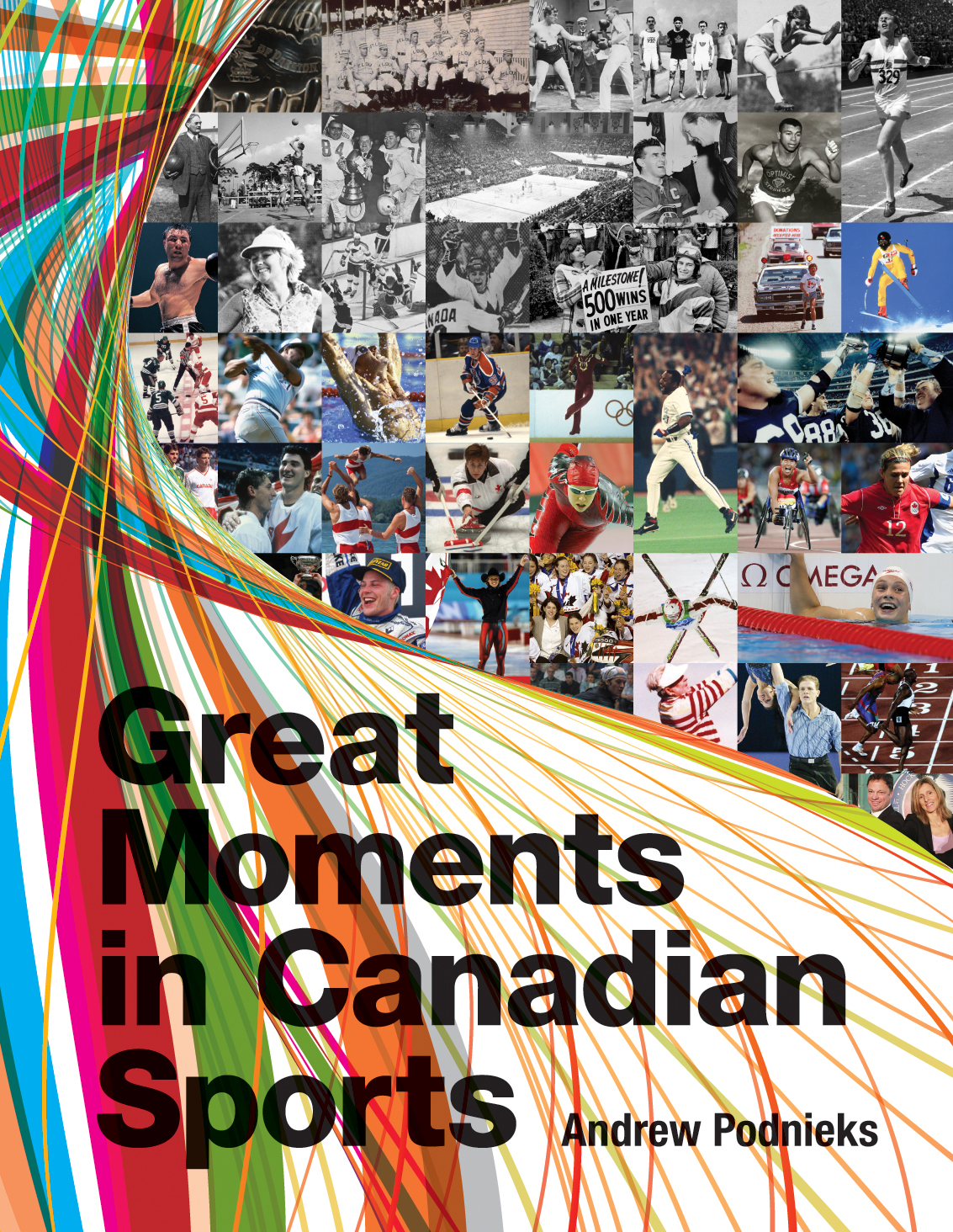 To acknowledge Canada's 150th anniversary, this book celebrates the finest achievements by athletes and teams, from 1867 up to the present day. Augmented by some 100 photographs, this is a must-have coffee-table book. 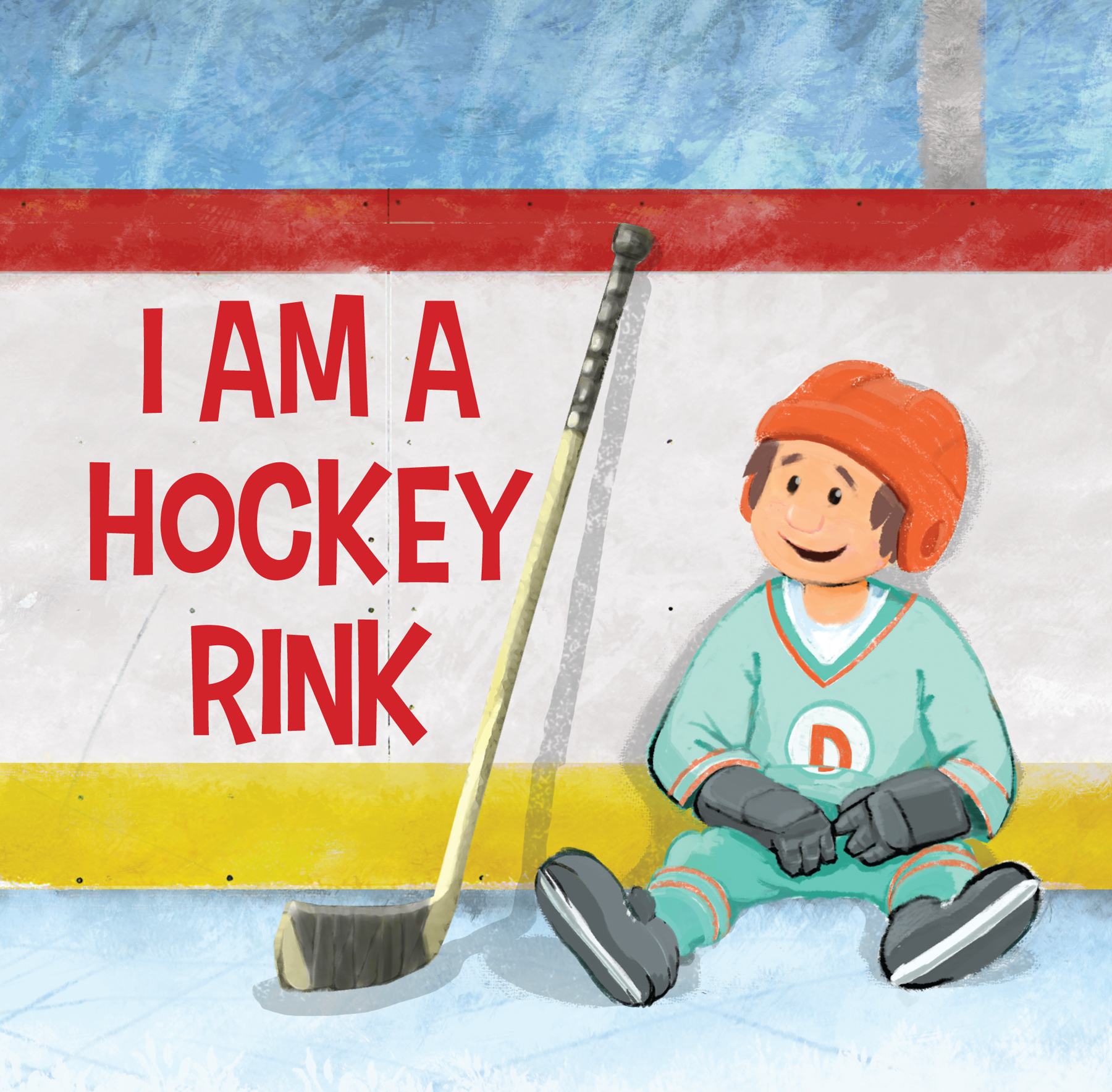 I Am a Hockey Rink

A board book for small children, I Am a Hockey Rink includes illustrations by Jesse Jind. 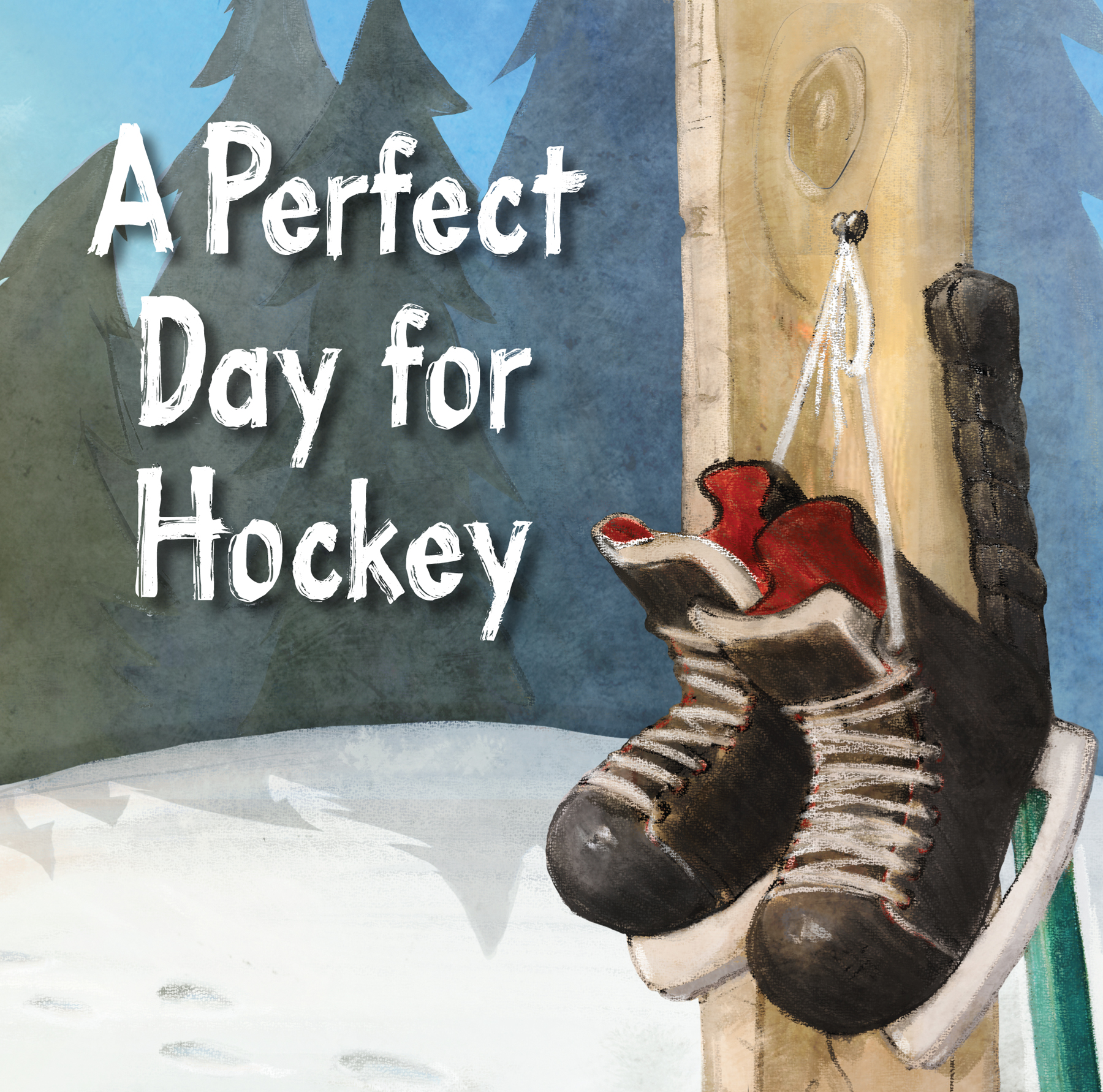 A Perfect Day for Hockey

Another in a series of board books for children, A Perfect Day for Hockey was also illustrated by Jesse Jind. 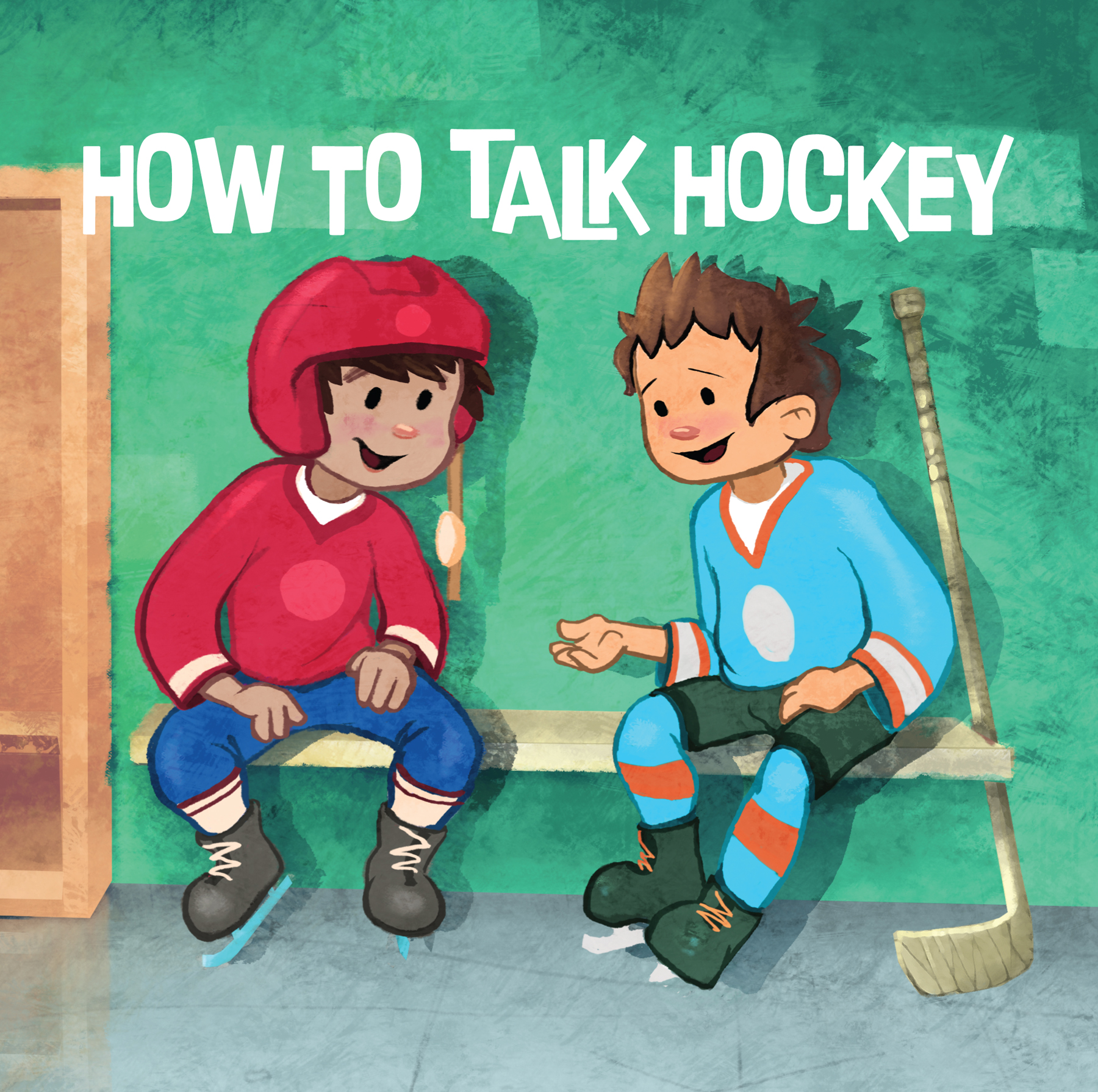 How to Talk Hockey

A board book which highlights ten words and phrases to help any child become familiar with hockey. Illustrations by Jesse Jind. 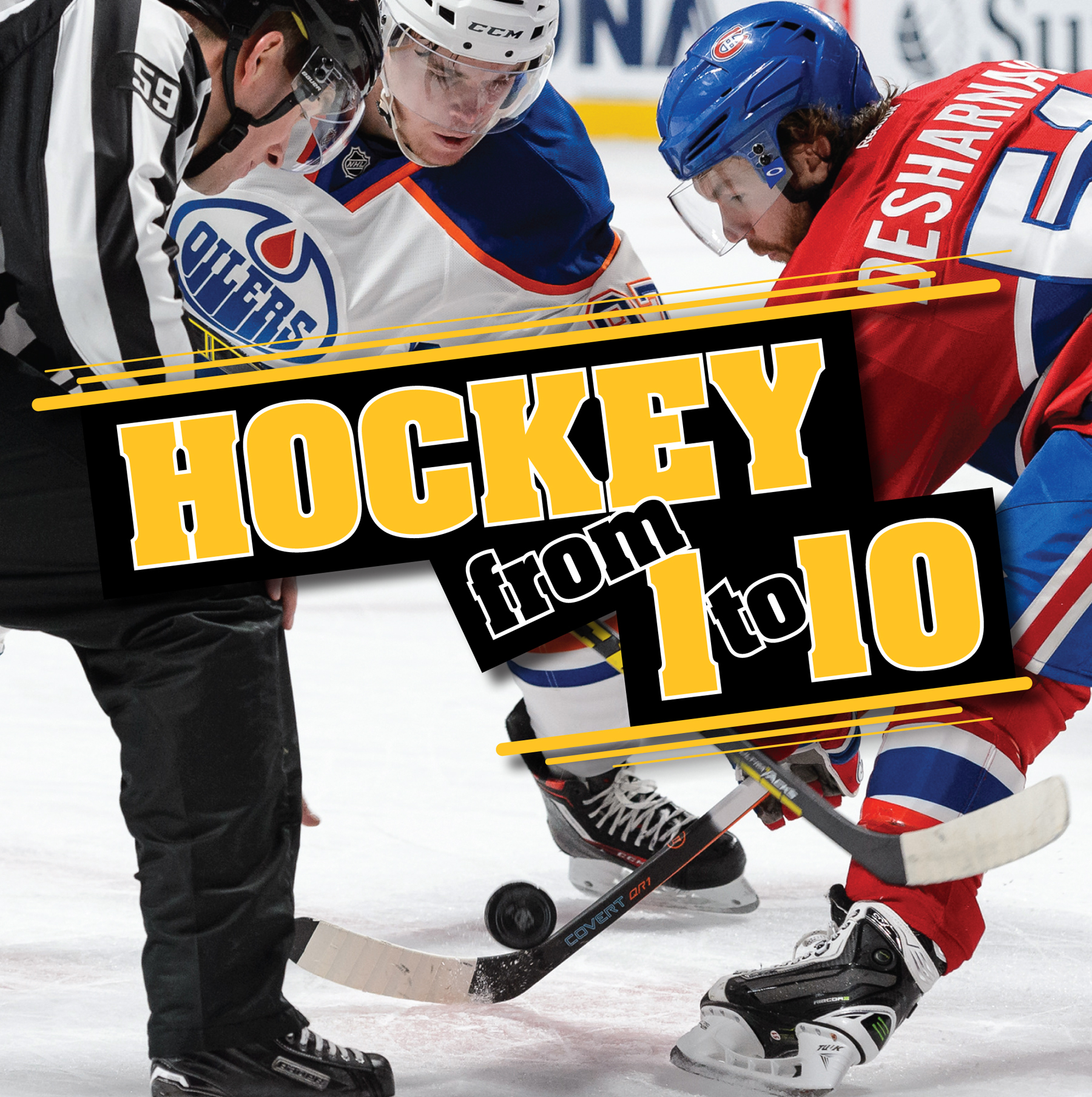 A board book, this edition helps children count by associating the numbers 1 to 10 with specific hockey references. Illustrations by Jesse Jind. 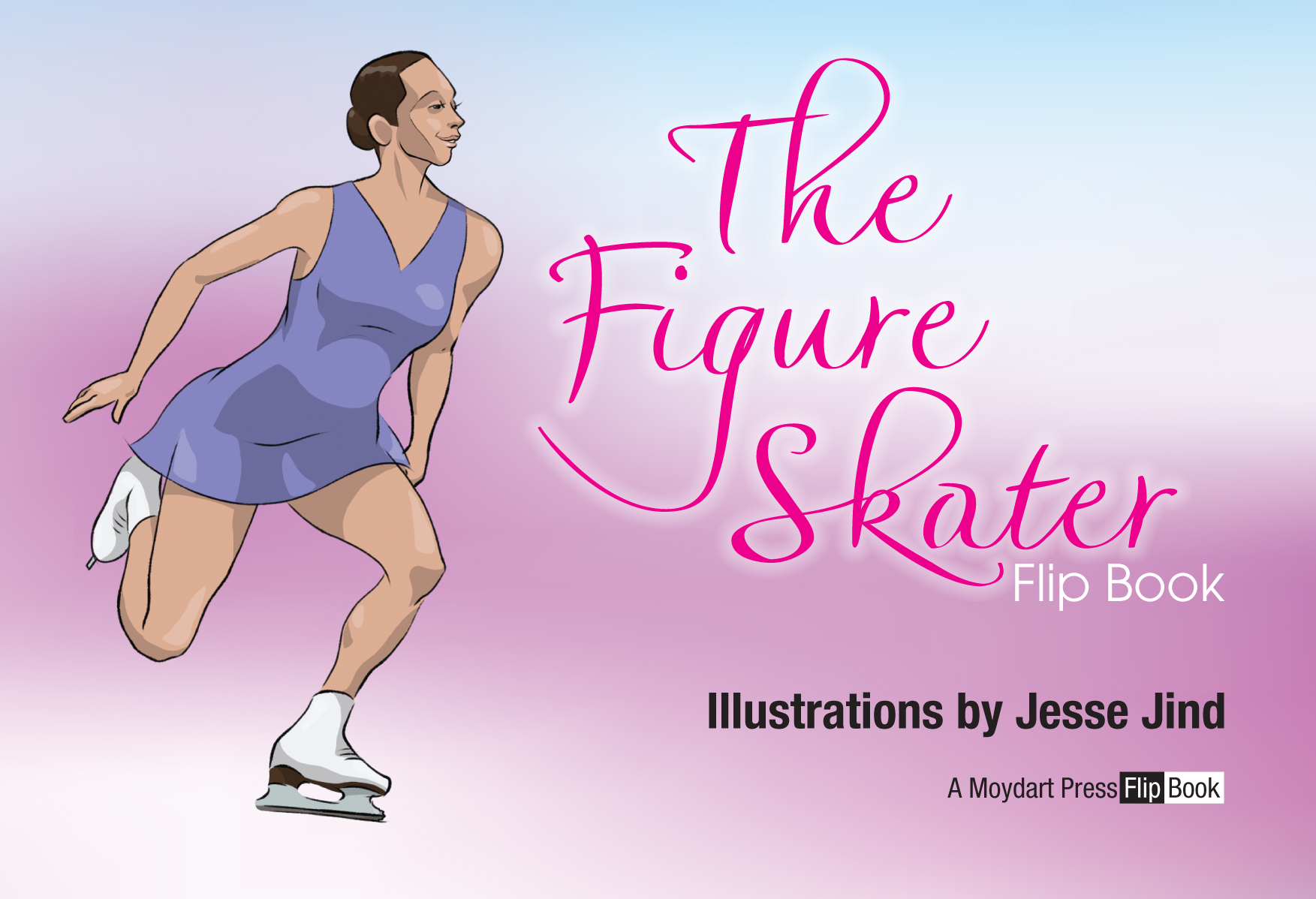 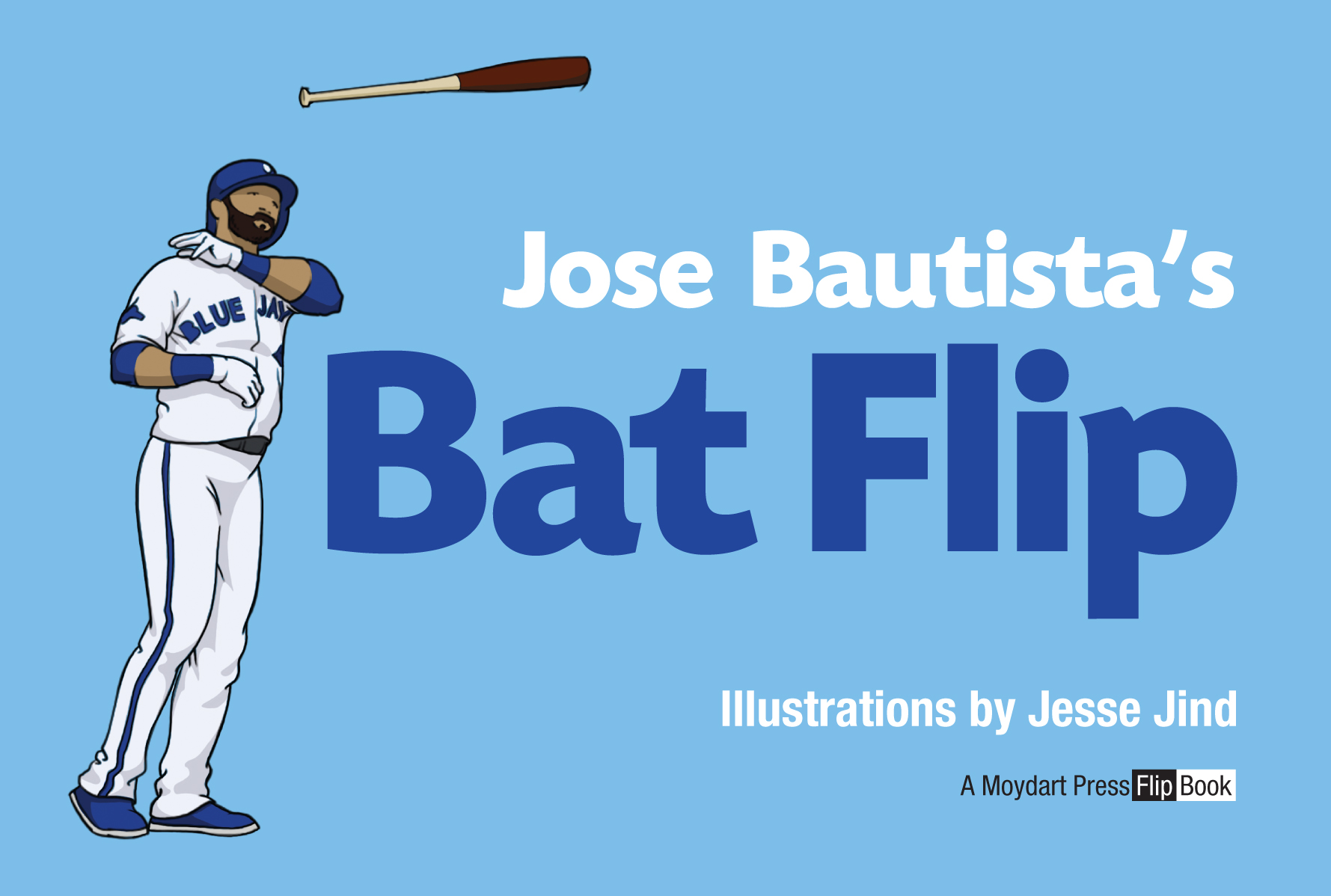 Many have called it one of the most memorable moments in baseball history. Jose Bautista's home run in the seventh inning of game five of the 2015 American League Division Series on October 14, 2015, which culminated with his flipping the bat high in the air, was a defining moment. This book, expertly illustrated by Jesse Jind, celebrates that immortal shot heard 'round the baseball world. 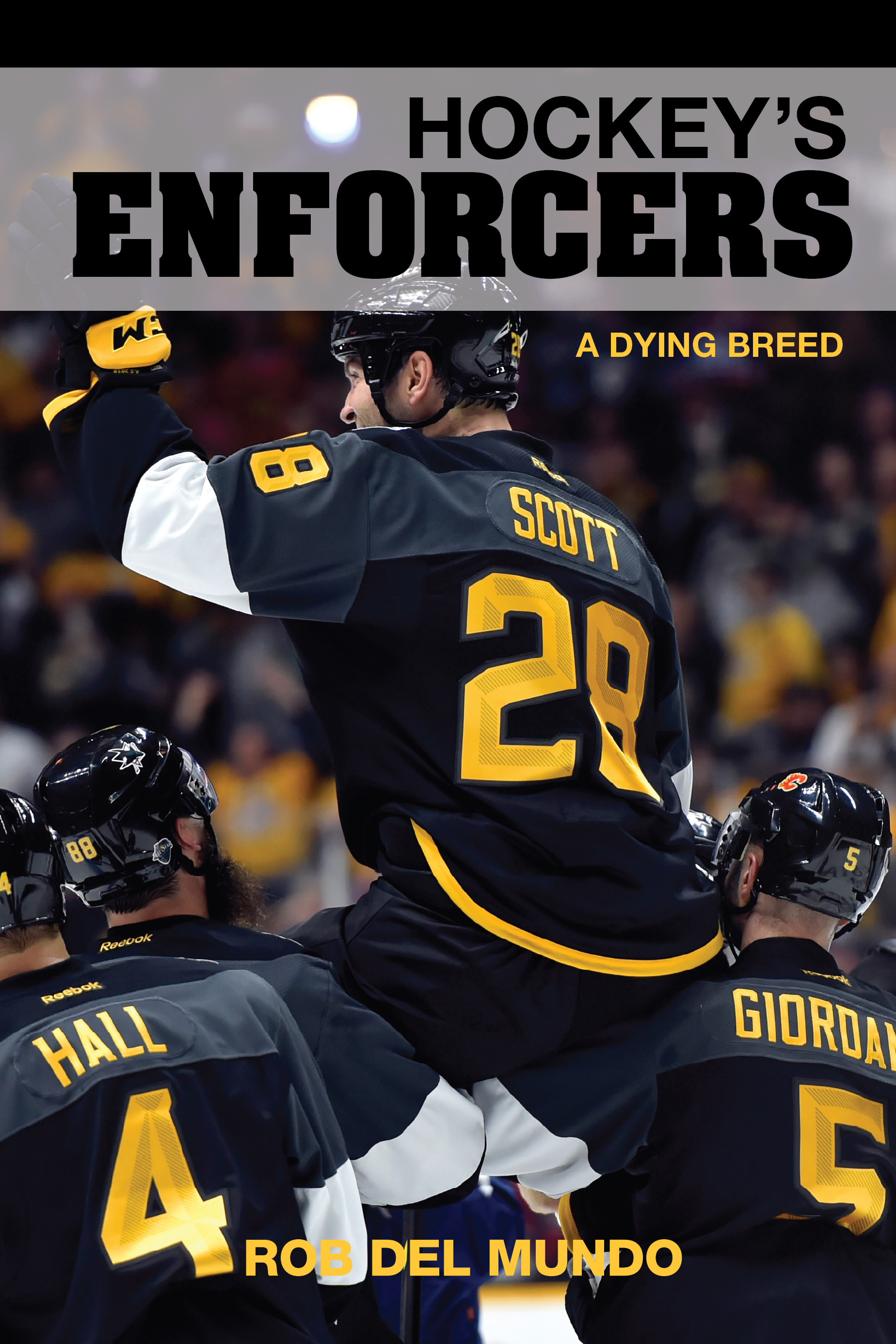 Tough guys and goons, bodyguards and policemen. Call them what you will, but their days are numbered. Written by Rob Del Mundo, “Hockey’s Enforcers: A Dying Breed” provides a detailed examination of the careers of 48 players in the game’s history whose primary purpose was not to score goals but to intimidate the opposition. 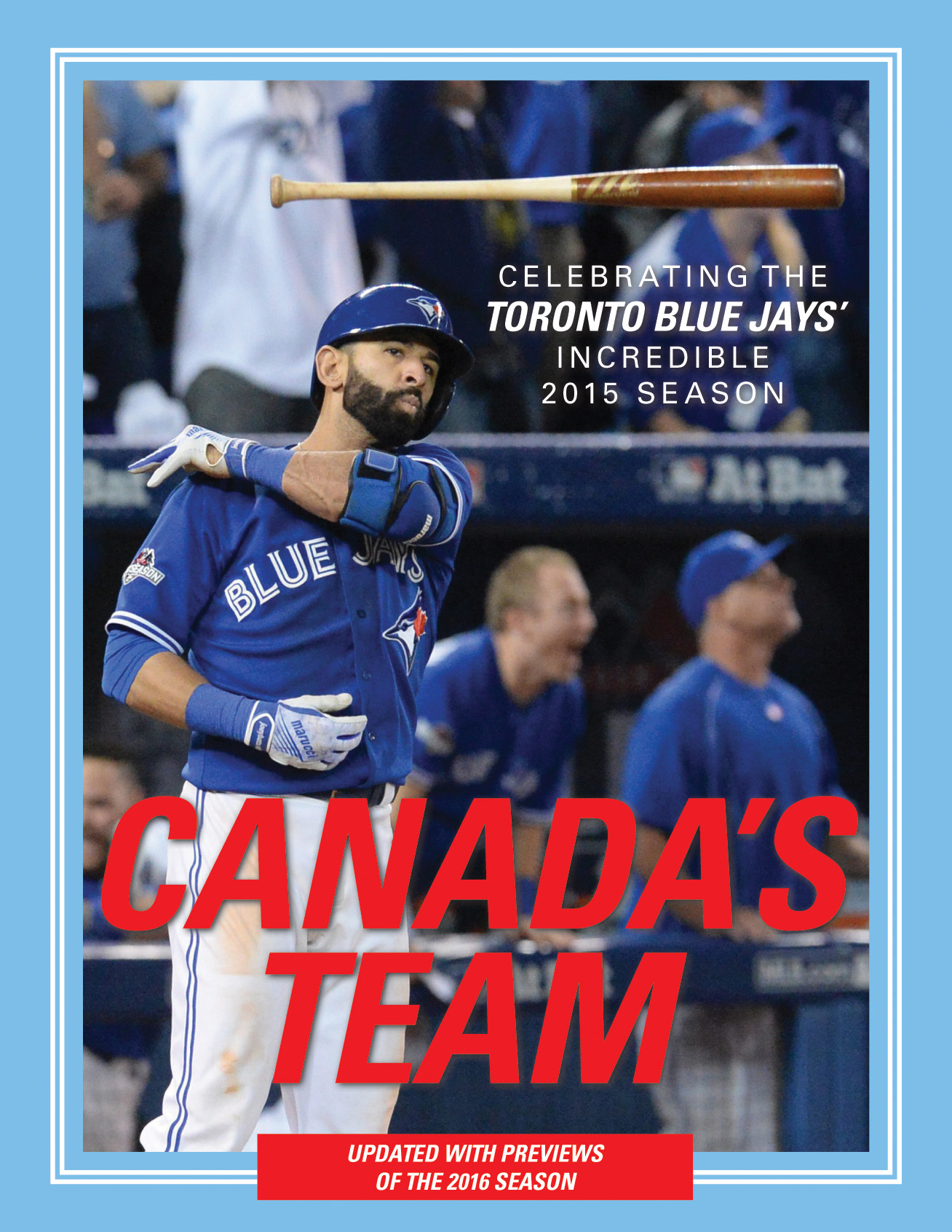 Fresh on the heels of the bestselling first edition, the updated version came out in March 2016, in time for the start of a new MLB season, featuring player profiles of the Blue Jays looking to capture more diamond glory. 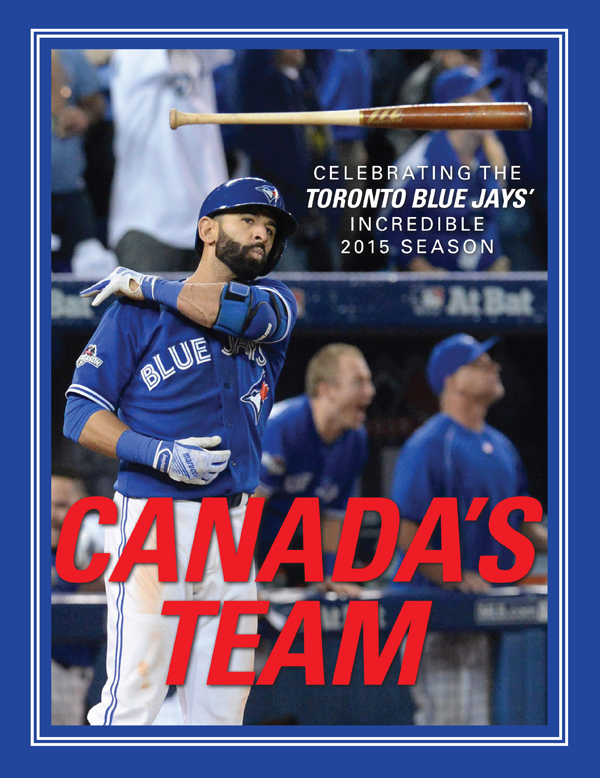 An instant book available a week after the Jays were eliminated from the 2015 MLB playoffs, this became an instant hit thanks to the incredible late-season push by the Jays, their first post-season appearance in 22 years, and the memorable "bat flip" from Jose Bautista capping one of the most historic innings of baseball ever played, the seventh inning of game 5 of the ALDS. Principle writing by Rob Del Mundo and Carol Schram. 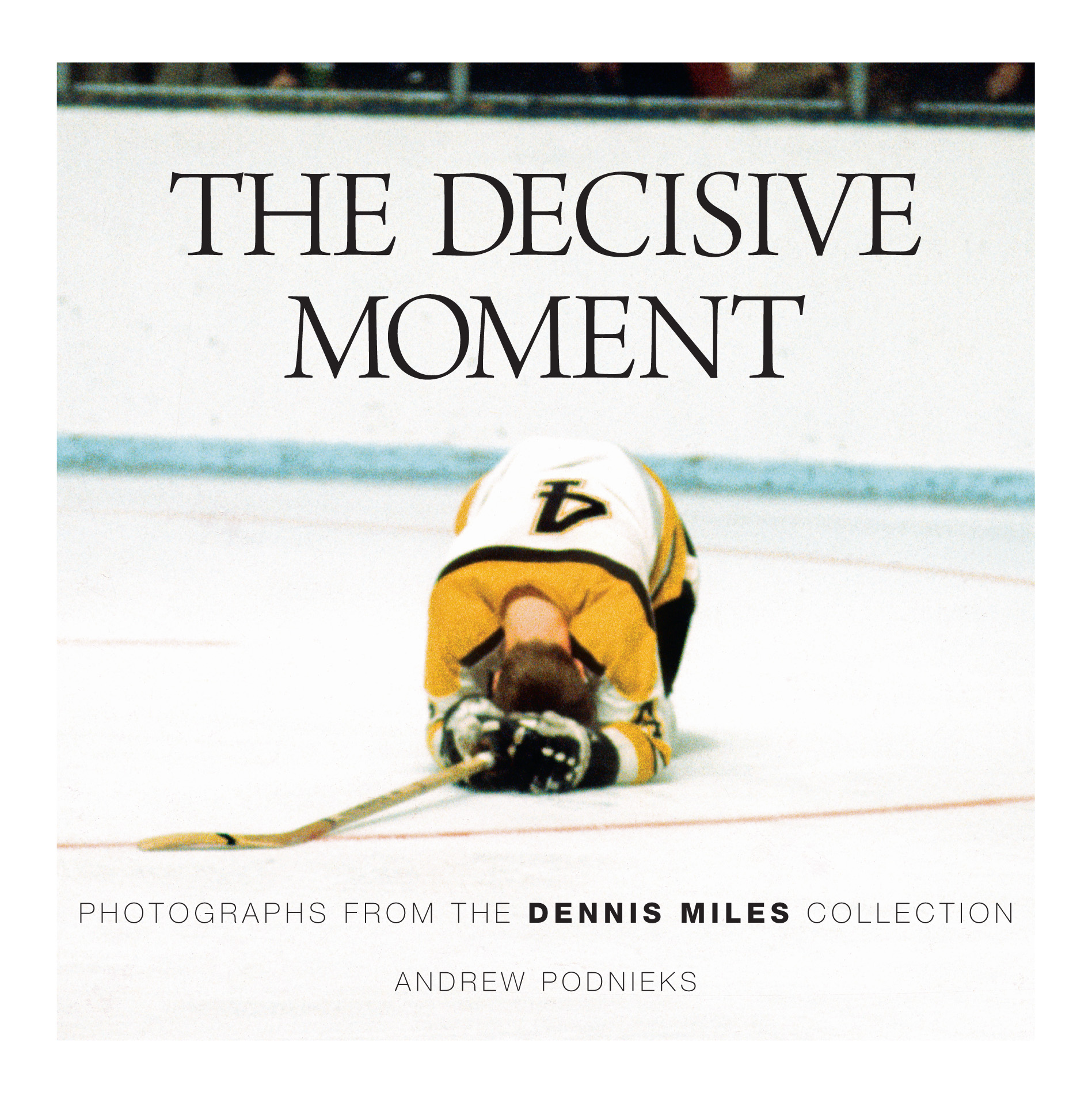 The Decisive Moment: Photographs from the Dennis Miles Collection

Culled from nearly half a century of images, this monograph celebrates the incredible career of Dennis Miles, who has captured many of the games greatest players in unforgettable moments of glory and pathos. 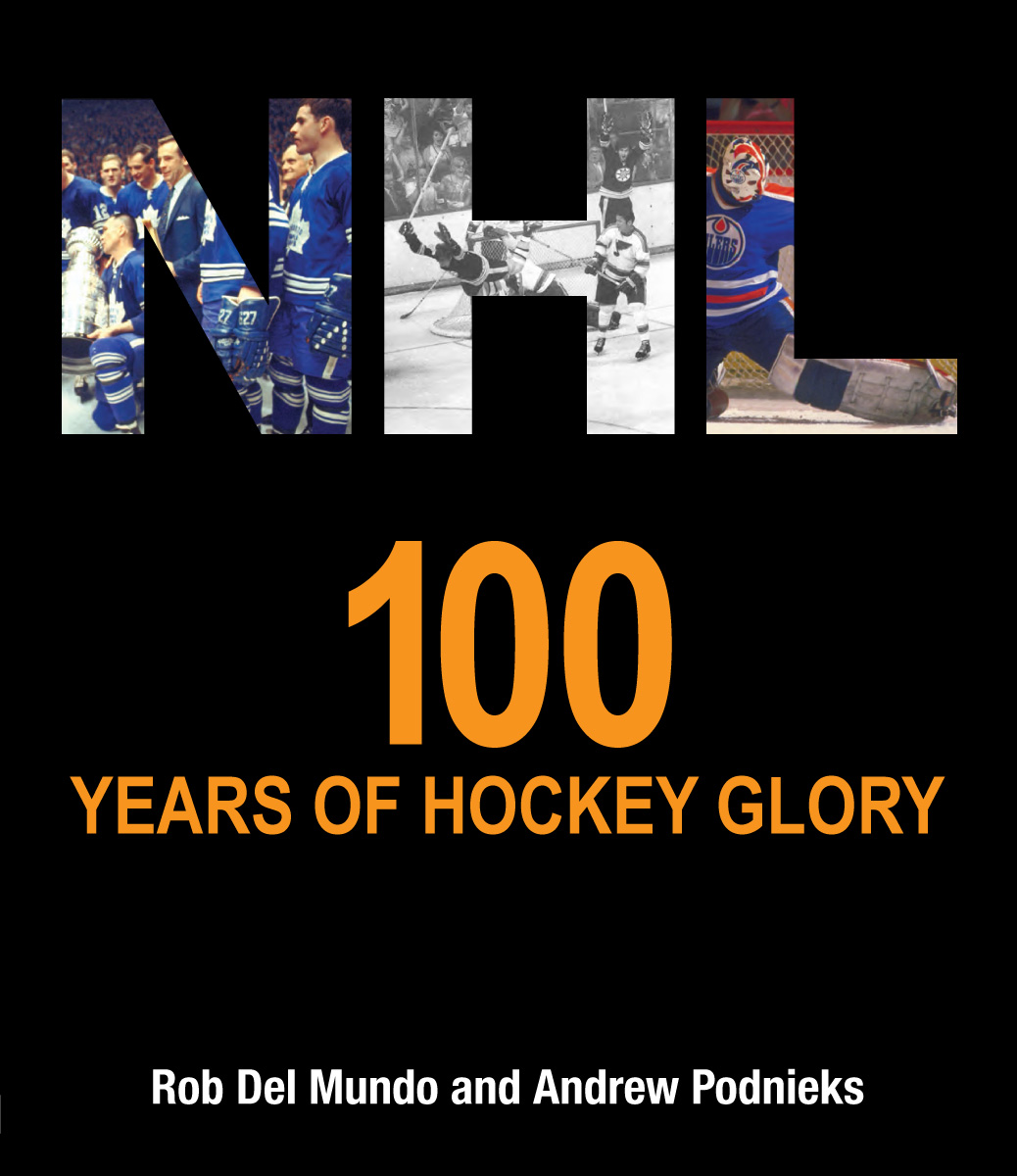 Commissioned by Indigo and published by Moydart Press, this was intended to be the first book in what was going to be a crowded 100-year celebration of NHL hockey. It was conceived and edited by Andrew Podnieks and written by Rob Del Mundo, telling the story of the league in 100 full-colour spreads. 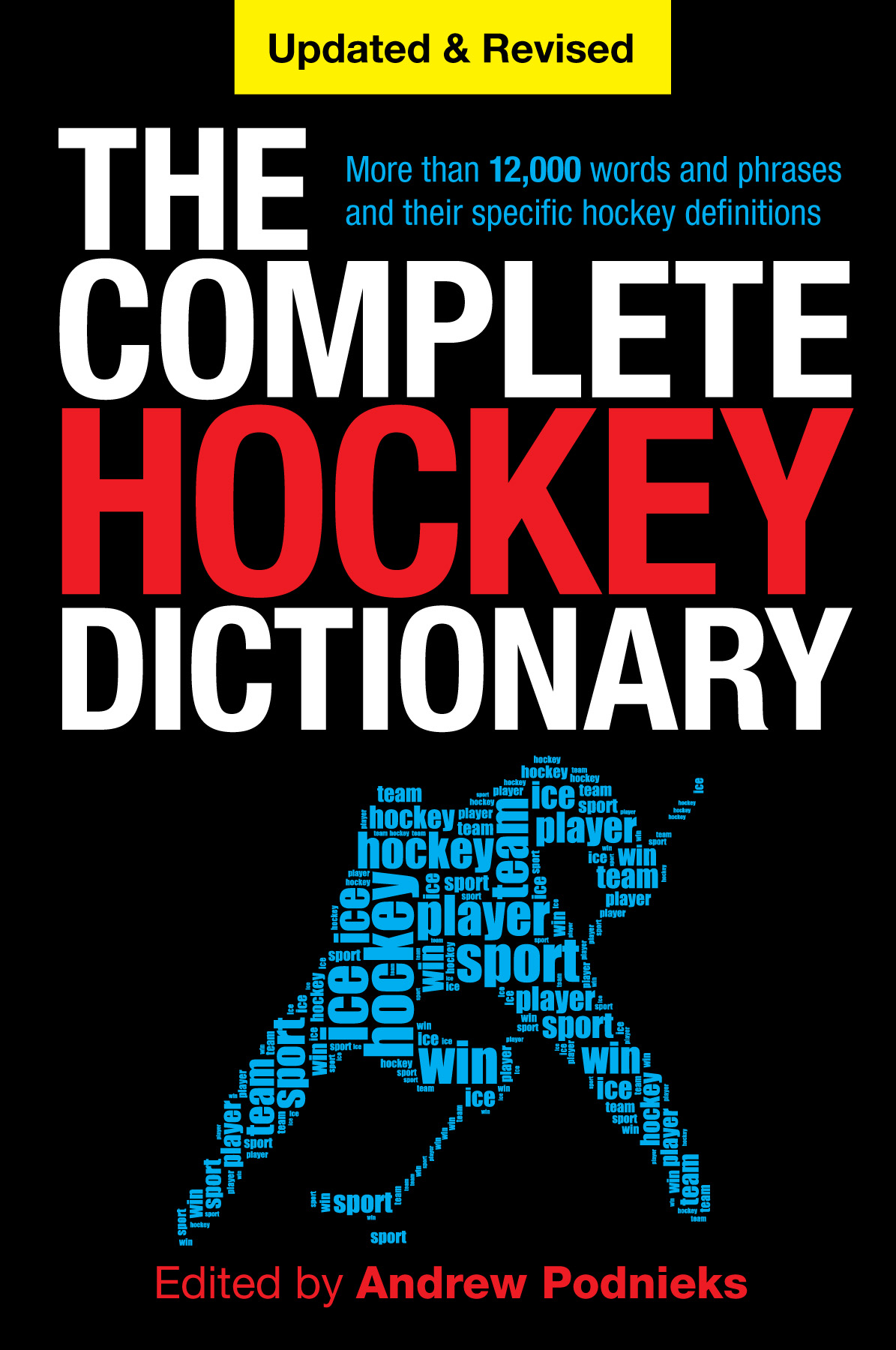 Hundreds of new entries, freshly designed and re-packaged, this book updated and improved upon a unique edition in hockey`s library. 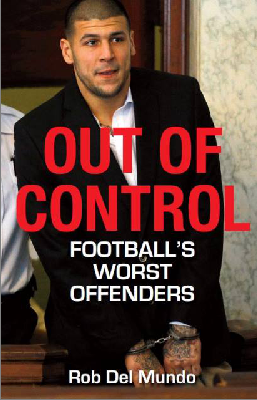 Out of Control: Football’s Worst Offenders

Written by Rob Del Mundo and published by Moydart Press exclusively for Indigo, this book traces the rise and fall of the NFL's most notorious players off the gridiron.

A kid's book featuring 12 hockey photographs that have been cleverly altered by designer Kathryn Zante. Can you spot the difference? 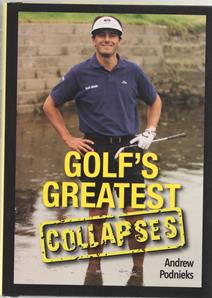 Every great player, and many not-so-great ones, have had a moment when a sure win turns into an embarrassing loss, when a birdie opportunity turns into a quadruple bogey, when an easy course somehow turns into a score of 80. Some 60 such stories are herein recounted with humour and sympathy. 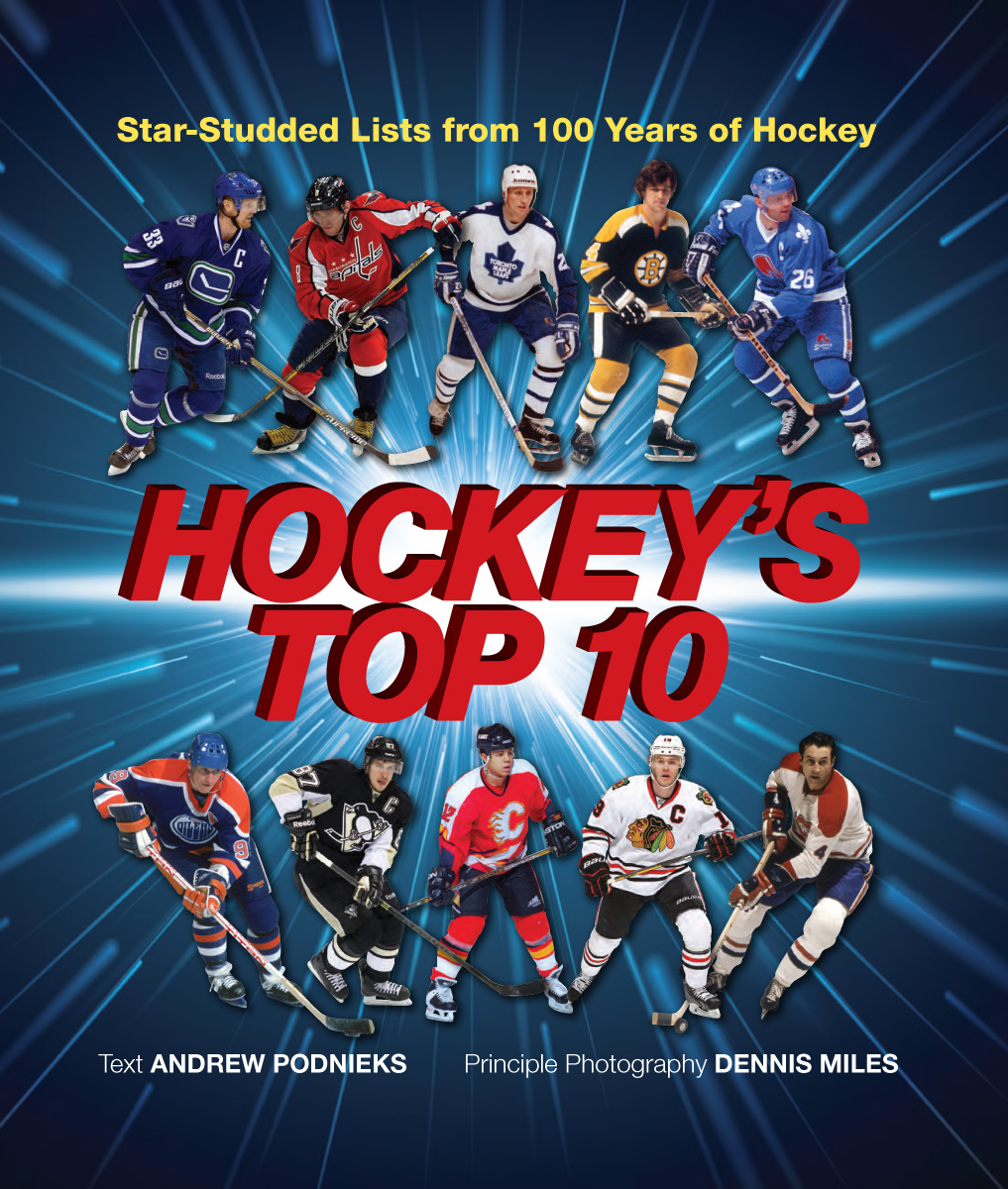 Some 17 lists of the top 10 players in various categories, including Goalies, Scorers, and Calder Trophy Busts. Written principally by Rob Del Mundo and Carol Schram, this book contains more than 170 colour photographs. 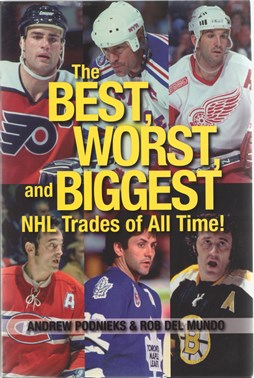 The Best, Worst, and Biggest NHL Trades of All Time!

Conceived by Andrew Podnieks and written primarily by Rob Del Mundo, this book examines more than 50 of the biggest trades in NHL history, from King Clancy to Wayne Gretzky, and everyone in between.

Sixty quizzes expertly written by Rob Del Mundo test the knowledge of any hockey fan who dips into this book`s pages. Intended for all ages, the questions run the gamut from easy to extremely difficult.

Golf is, if nothing else, a sport governed by hundreds of odd circumstances and crazy occurrences on the course. This book delves into more than 50 of the oddest that pro players have had to interpret, correctly or not. 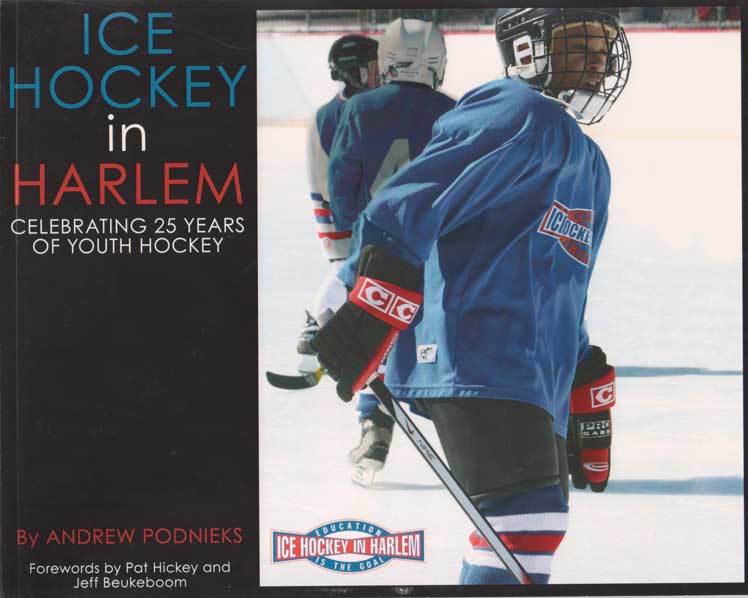 A non-profit organization in New York, Ice Hockey in Harlem celebrated its 25th anniversary in 2012 and commissioned Andrew Podnieks to write its history. The 80-page book is available only through the organization and traces the tremendous growth and development of IHIH, from its humble beginnings to its current incarnation which is respected across New York for its charitable efforts and success in teaching kids about the game and rules of hockey.

The Legend of Moe Norman: The Man with the Perfect Swing

The iconoclastic Moe Norman was at once an unusual person off the golf course and perhaps the purest striker of the ball on it. This small tome provides dozens of stories that are the very essence of a most unique individual.